9 Reasons to Build Your Home in Gainesville, Florida

Although predominantly known as the home of the University of Florida and the Gators, the city of Gainesville, Florida, has plenty more to offer in the way of superior education at all levels, a strong job market, and a high quality of life. 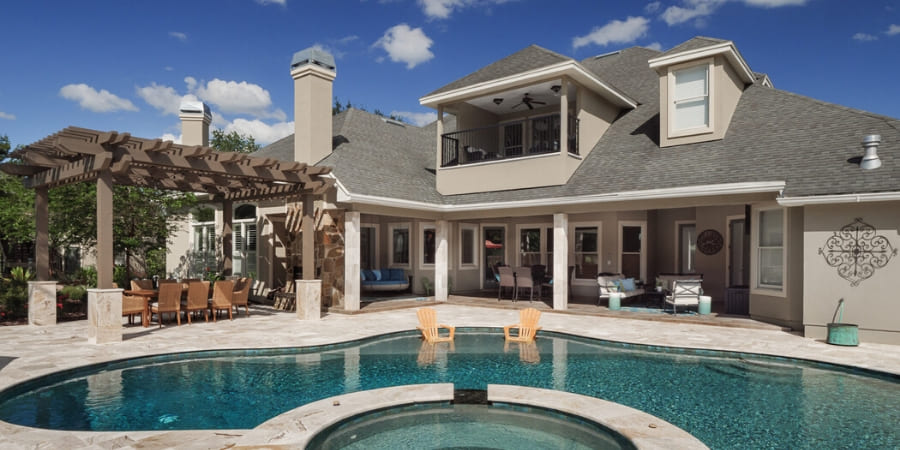 Although seven years have passed since Gainesville was named by Forbes magazine as one of the best places to retire, the city remains a desirable place to live for residents of all ages, satisfying current homeowners and beckoning new ones with its promise of natural beauty along with an abundance of cultural, recreational, and public amenities (and reasonable building costs). Here are nine reasons to consider building your home in Gainesville, Florida:

Gainesville is serviced by Alachua County Public Schools, a district that consistently receives high ratings from the Florida Department of Education for its 46 high, middle, and elementary schools. According to the school district, their vision is to bestow graduates with the knowledge, skills and personal characteristics to be lifelong learned and productive, contributing members of the community. If you are looking for specialized high schools to educate driven students, F. W. Buchholz High School and P.K. Yonge Developmental Research School have both received a College Success Award from Greatschools.org.

Although the University of Florida isn’t all the city of Gainesville has to offer, it does serve as a strong economic driver in the area, along with supporting world class medical facilities anchored by the university's research. As one of the largest research universities in the country, the university was ranked No. 9 on U.S. News and World Report’s Best Public Schools in 2018. Santa Fe College is another quality institution within the Florida College System that is based in Gainesville. In 2015, Santa Fe College was recognized by the Aspen Institute as one of the top community colleges in the nation.

Related Reading: How Long Does it Take to Build a Custom Home in Alachua County?

Florida's reputation often causes the state to be associated with hurricanes, but locals can tell you that, weather-wise, the area experiences an ample amount of sunshine and a mild year-round climate. According to BestPlaces, Gainesville experiences an average of 224 sunny days per year. While snow is a rarity—it hasn’t snowed in Gainesville since 1996, according to the National Weather Service—the city does experience an average of 50 inches of rain per year. Generally, the temperature is between 60 and 80 degrees, with lows in the 40s during the winter and highs are upwards of 90 degrees in the summer. The most comfortable months in Gainesville are October and November. Also, because Gainesville is located in the north central region of Florida, Atlantic hurricanes rarely impact the community.

As innovation and technology have evolved, Gainesville’s economy has expanded, as well. You can find jobs with living wages in Gainesville in a variety of industries, including education, healthcare, advanced manufacturing, information technology, software, green technology, logistics, and agriculture. Residents in Gainesville hold 80% more master’s degrees and 15% more bachelor’s degrees than the national average, creating a talented workforce that supports the thriving economy.

Gainesville is a hive for startups and entrepreneurs, thanks to resources offered by Santa Fe College, the University of Florida, and the overall supportive business climate in the area. For several years, community leaders, stakeholders, and government officials have contributed to innovation in Gainesville, working to create jobs, bring in new businesses, and sustain existing ones. The city received the 2019 Insurify STEM award for the top city in the state of Florida demonstrating exceptional dedication to the advancement of science, technology, engineering and math (STEM).

Whether you enjoy watching sports or engaging in them and other indoor and outdoor recreation, Gainesville is the answer. The city oversees dozens of municipal parks, as well as more than 30 miles of hiking trails, and is very bike-friendly. There are six state parks nearby, including Ichetucknee Springs State Park, which spans more than 2,500 acres, including eight crystalline springs. Throughout the year you can also go tubing, diving, or kayaking on the Santa Fe River. Additionally, the Florida Gators have a consistently top-ranked football program, and home games at Ben Hill Griffin Stadium give sports enthusiasts one more fun thing to do during the fall.

Gainesville has a thriving downtown that encapsulates some of the city’s best dining and entertainment, but the public bus system also makes it easy to get around, no matter where you want to go. In your free time, you can visit the famous butterfly rainforest at the Florida Museum of Natural History or head to the Cade Museum for Creativity and Invention or Samuel P. Harn Museum. Get your shopping done at the farmers market hosted on Union Street in downtown Gainesville. If you desire more activity, you can take a daytrip to Orlando. Additionally, both coasts of Florida are within easy driving distance if you live in Gainesville.

Gainesville was recognized by Forbes as one of the best places to retire in 2013, but the city’s younger population also has burgeoned as of late. Young adults between the ages of 20 to 35 comprise about 40% of the city’s total population and families with young children contribute another 38%. The city is also ethnically diverse with vibrant cultural communities. These trends are due in part to the increasing number of university students who choose to stick around after they graduate because they can find rewarding jobs in established and emerging industries in the Gainesville area.

Because of its mild climate, affordable cost of living, and vibrant arts and culture community, Gainesville is a welcoming place to live. In general, Gainesville’s cost of living is about 5% lower than the median for the United States, and housing costs are lower than both national and state averages. One area where you may experience above-average COL expenses is utilities, which is generally attributed to keeping your home cool during the summer months. In terms of healthcare services, two of the state’s best medical centers are located in Gainesville: North Florida Regional Medical Center and University of Florida Health. There is also the Veterans Affairs Medical Center.

Related Reading: How Long Does a Kitchen Remodel Take in Alachua County?

Building a Home in Gainesville, Florida

From families to professionals of all ages, Gainesville has something to offer all existing and prospective residents. Whether you crave the sunshine, the robust business climate, the abundance of living-wage jobs, or the blend of urban vibes and community spirit, Gainesville is a great place to consider building your new home. Robinson Renovation & Custom Homes will help you design and build a custom home that serves your needs and lifestyles preferences, giving you the perfect home base for living, working, and thriving in Gainesville.